Home » How Dangerous Is Surfing?

How Dangerous Is Surfing?

How many people die a year? And how does it compare to other sports?

Every year, when the World Surf League releases its entries for the wipeout of the year awards, the same words pass across thousands of lips: ‘How on earth didn’t they die?!’

While there have been several high profile deaths over the past few decades, surfing, even in giant waves, is actually nowhere near as deadly as it looks. In the last ten years only four big wave surfers have died; Sion Milosky at Mavericks in 2011, Kirk Passmore, at Alligators, Hawaii in 2013, Alec Cook in Hawaii in 2015 and Zander Venezia in Barbados last year. And, many of the world’s most renowned big wave spots, like Jaws and Nazaré have never claimed the life of a big wave surfer.

This low body count is in part thanks to ever improving water safety, where inflatable life vests stop surfers from being held under long enough to drown and on-land spotters coupled with jet-ski safety teams ensure that surfers are quickly whipped out of harm’s way after a wipeout. The ability of lifeguards and water safety teams to respond quickly and resuscitate injured surfers has also played a crucial role in some of recent years’ most high profile close encounters. 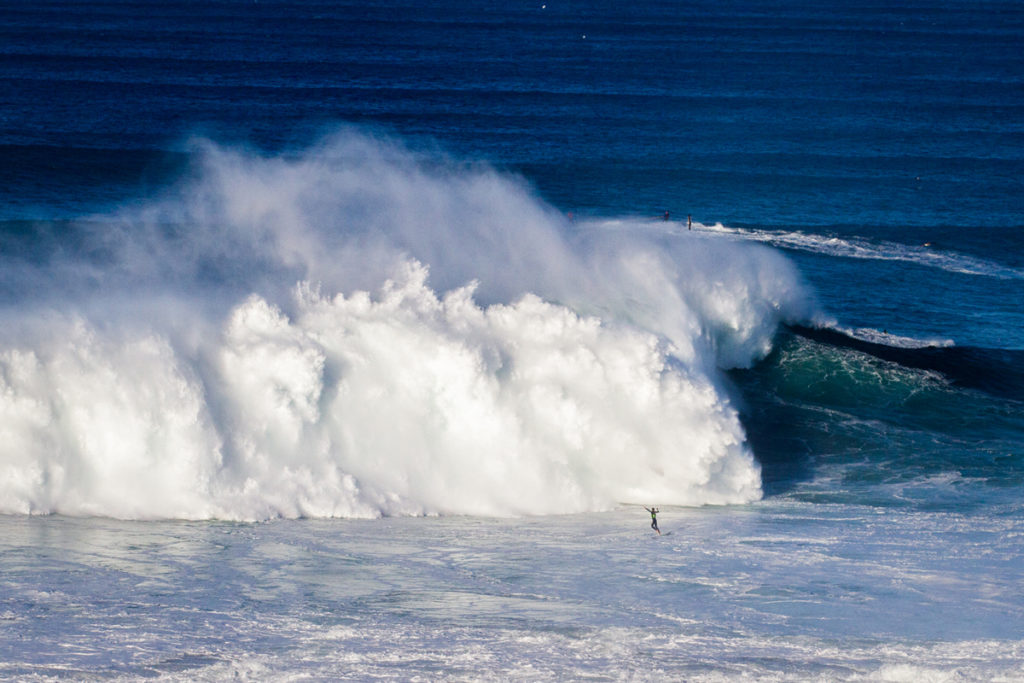 Lucas Chumbo prepares for a solid hold down at Nazaré. Photo Luke Gartside

Pipeline, on the North Shore of Oahu is well documented as the most dangerous surf spot in the world, claiming the lives of 14 surfers since the 60’s and playing host to many more serious injuries and near-misses. However, considering the dense pack, reported to be up to 40 strong during some sessions and the wave’s array of hazards, including underwater caves, the death toll is lower than one might expect. Similarly, the ridiculously heavy waves of Mavericks, Teahupoo (which means ‘severed head’ in English) and the shark-infested Shipstern Bluff, thankfully only have a combined death toll in single figures. 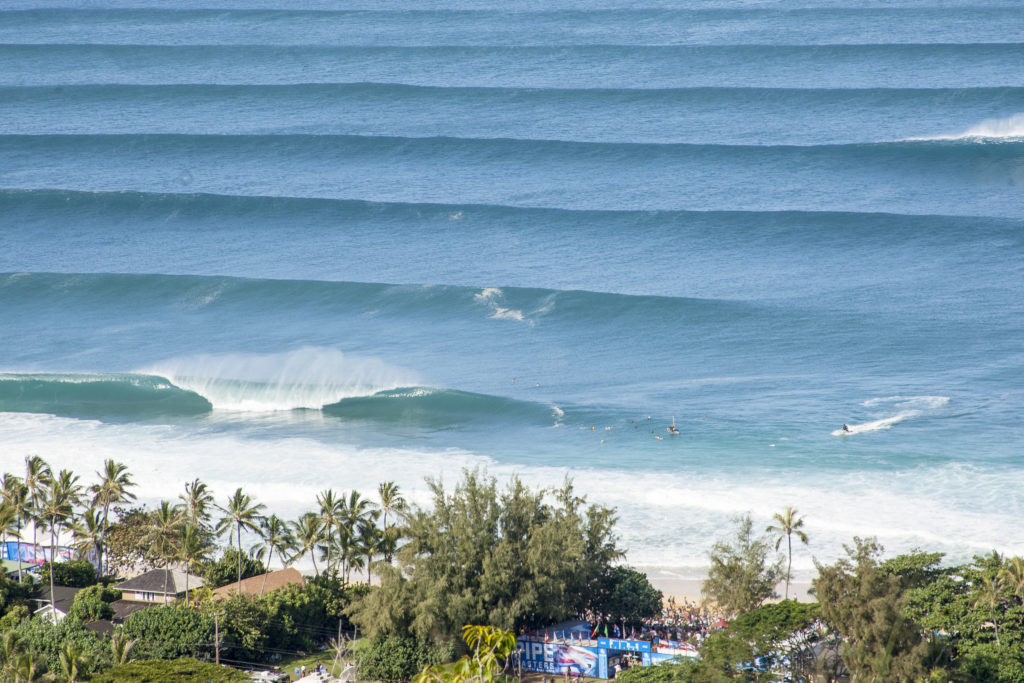 A solid west swell caps on Pipeline’s third reef before reforming and detonating on the inside. Photo Dave ‘Nelly’ Nelson

Among recreational surfers, most of whom would never dream of paddling out at any of the aforementioned spots, the sport is even less dangerous, with a 2013 Australian study reporting that injury rates are about on par with long-distance runners, putting surfing further down the list of most dangerous sports than football and hockey.

Although there is no concrete data on the exact number of people who have died while surfing, the number is estimated to be no more than 10 per year- which in a world of approximately 23 million surfers, is startlingly low. 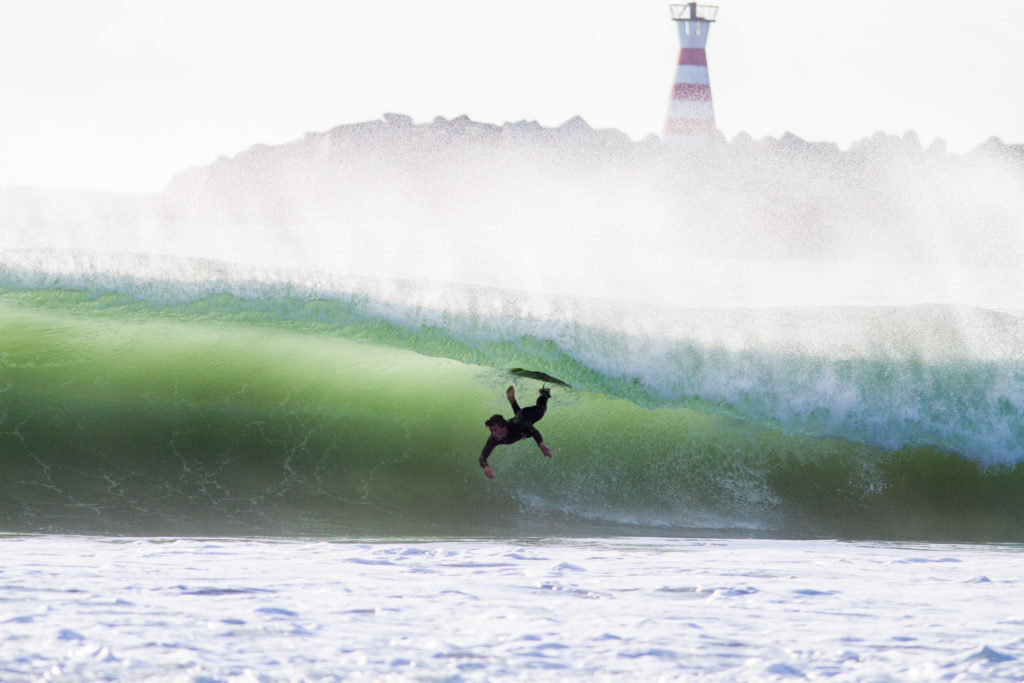 Most wipeouts aren’t as bad as they look. Here’s Jobe Harriss moments before an underwater pummelling, from which he popped up totally unscathed. Photo Luke Gartside

Among this unlucky bunch, there are several main causes of death. The most common is a blow to the head, where the surfer knocks themselves unconscious after either hitting the bottom or their board, and subsequently drowns.

Drowning caused by multiple wave hold downs, rip-currents or a caught leash holding the surfer underwater also make up a significant proportion of the total death toll, while shark attacks and other deadly wildlife encounters constitute a small but very well publicised percentage. The remaining fatalities are usually caused by pre-existing conditions including brain aneurysms or heart attacks.

As great surfing historian Matt Warshaw diligently points out in an article on the subject, other causes of death have proved much more prolific among surfers than surfing itself. Drugs, alcohol abuse and car accidents have taken the lives of vastly more well-known surfers than even the most deadly surf spots, suggesting the pursuit of surfing’s rush of sensations on land often prove far more life-threatening than the waves themselves.

From The Wavelength Shop:

A Woman Set Out To Find The Surfer Who Saved Her From Drowning 50 Years Ago And The Internet Deliver...

On Reefs: Ollie O’Flaherty And The Riley’s Ravine

The Stories Of John Callahan’s Most Exciting Surf Discoveries